Tap to go to our mobile site

We recognize that the financial impact of COVID-19 means that many people may need to find ways to both save money by purchasing secondhand items or to earn extra income by selling gently used items.You can continue to place items for sale on postanote, however, obey current government regulations regarding isolation that restrict all exchanges at this time. Do not complete exchange either in person or by post until government policy allows.

Our posting policy prohibits the sale of any items related to COVID-19. 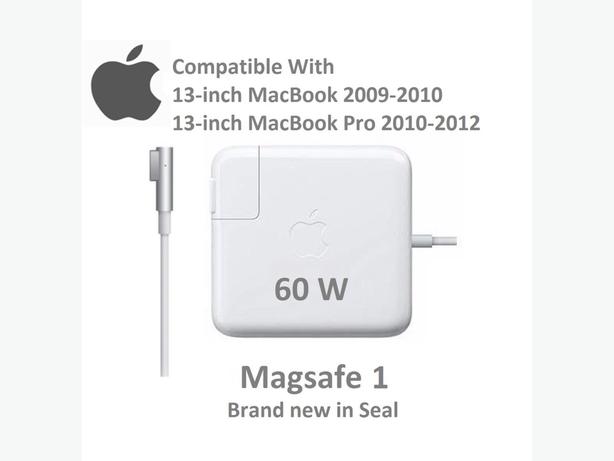 Description:
The 60 Watt MagSafe (OEM Compatible) power adapter features a magnetic DC connector that ensures your power cable will disconnect will immediately disconnect from the computer if put under heavy strain. This will avoid damage to the cable. In addition, the magnetic connector ensures that a proper connection can be made quickly and securely.

When a secure connection is made, an LED lights up on the top side of the connector: Orange indicates that the device is being charged, green means that the device is fully charged. The scope of delivery of the power supply includes a power cord for maximum cable length. The wall plug (also provided) provides additional convenience when travelling and takes up less space.

Designed to be the perfect traveling companion, the adapter has a clever design: The cable can be coiled up and stored tidily.

This power adapter recharges the lithium polymer battery while the system is switched off or in sleep mode. It also powers the system if you choose not to operate in battery mode.